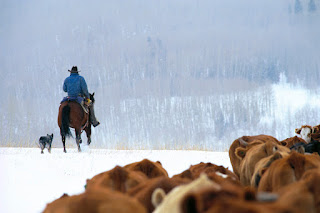 The Art of Manliness has a very good list of the best Western films, but it missed these:

[Update: I should have given a hat tip to A Large Regular for first mentioning The Art of Manliness List.]
Posted by Michael Wade at 4:30 AM

Admittedly I am biased toward Clint - but we need to add in High Plains Drifter and Hang 'Em high here.