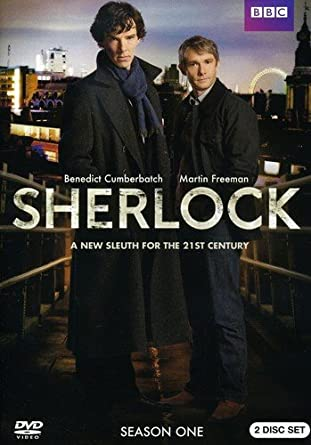 I know the series has been around for several years, but my wife and I are re-watching it in order to avoid the lunacy in Washington.

And that brought this to mind: if you've watched "Sherlock", you have seen my candidate for the most chilling villain to ever reach the screen. [Example to follow.]

If you have not seen the series, don't cheat by watching this excerpt. Watch the entire series.

A Sherlock Holmes based in modern London? That's creative enough but the portrayal of Moriarty went far beyond the usual "mad professor" depicted in the usual Sherlock Films film portrayal. This one is young, hip, thoroughly dangerous, and he gets scarier as the series progresses.