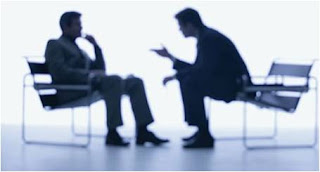 Recently, a person told me that she knew I have very strong feelings about reviving a particular practice in a large organization.

Fortunately, I was able to clarify the matter: I have absolutely no feelings on the practice, other than that the issue is ancient history and should be left alone.

Since then, I have wondered how she ever could have reached her view. My actions have long been against that conclusion.

I'll get a chance to explore it further with her but the incident was not an entire surprise. I've seen many occasions where, instead of asking, people guess at the stances of co-workers and customers. Those guesses often wildly miss the mark.

And that's if the conclusions have been inadvertently produced, which is not always the case. I knew a Machiavellian CEO who used rumor-mongering as a weapon. Although many people were initially fooled, the more experienced hands learned to be wary. If the story was too bad to be true, it probably wasn't.

All of which brings me to this point: Just as it is wise to re-state the mission of the organization, periodically reviewing core views can also be a sound practice.

Such reviews may catch opinion shifts but they can also reveal consistency.

Why assume when you can ask?