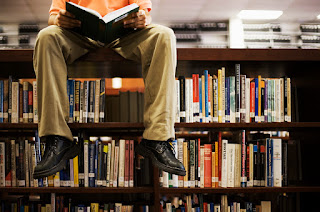 As a management consultant, I occasionally conduct workshops. When preparing a class, the initial question centers on the amount of information the participants will need in a particular subject area. The question turns to how much time will be needed to convey that information. Most of my classes take only a half-day while a few require six or seven hours.

That process has caused me to wonder about the magical way in which college classes take roughly the same amount of time, regardless of the subject matter. Obviously, a college class is not the same as a management workshop but most of us recall classes where the professors engaged in no small amount of "padding." As a student, I thought they were simply indulging in a pleasant diversion. As an instructor, I now see that many - not all - of them were stretching out the time needed to cover material that could have been easily addressed in a much shorter period.

Imagine a structure in which a multitude of subjects is handled in three to five weeks. You could gain exposure to many subjects that are now unavailable. Back in my old undergraduate days when I minored in History, I took classes in the history of Britain, France, Mexico, the United States, and the Soviet Union. I regret not having taken classes in German, Italian, and Chinese history.

In a streamlined system, I might have been able to do so.