The Movement Against Women's Sports 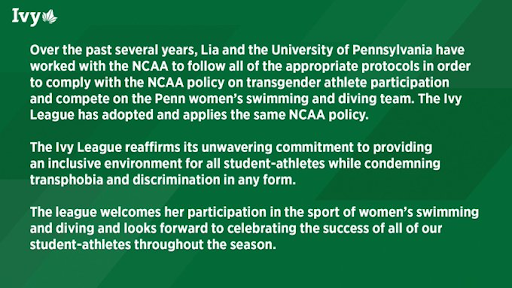 A new form of misogyny is taking hold in contemporary culture. It comes in the guise of a liberationist philosophy, a transformational movement dedicated to open-mindedness. Its advocates believe they are ushering in a world in which one can be whomever one chooses to be. And in doing so, they are treating womanhood itself—the defining feature of half of humankind—as though it is a disposable commodity.

- Christine Rosen in her Commentary magazine essay, "The New Misogyny."