The Most Toxic Item in the Workplace 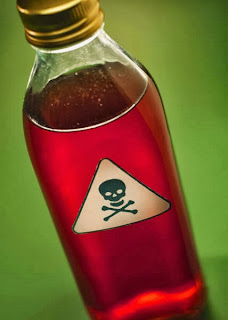 I don't care if you work in a bug spray factory, the most toxic item in the workplace is lack of trust. Take trust away and there will be problems in all parts and aspects of the organization. Morale will be low and cooperation spotty while the role of the trust deficit is overlooked.

The tricky part: The people who created the deficit are often the ones treating the symptoms instead of the cause.
Posted by Michael Wade at 3:30 AM

What are the tools an executive can use to reestablish trust in an organization? Particularly when the lack of trust is between one group (let's say sales) and the rest of the company - and it's mutual, and somewhat virulent?

In the case you describe, I'd recommend examining the different values and priorities of each group. For example, it is not unusual to have a group that is results-oriented to the point that they will skirt rules and procedures that are regarded as necessary for the ethical conduct of business by the more process-oriented departments. The results-oriented people may regard violations as customer service and not see a downside; "All's well that ends well." Conversely, the process-oriented folks may go to an extreme of emphasizing rules and neglecting customers. ["The operation was a success but the patient died."] Sometimes, a third party is needed to coordinate communication between the two groups.

It is also not unusual to find the organization is inadvertently rewarding some of the negative behavior that contributes to the lack of trust.

I suggest focusing on the systems before reaching any conclusions about personalities. It may be that they are talking past one another due to separate sets of values.