To Understand the Spirit of the Times 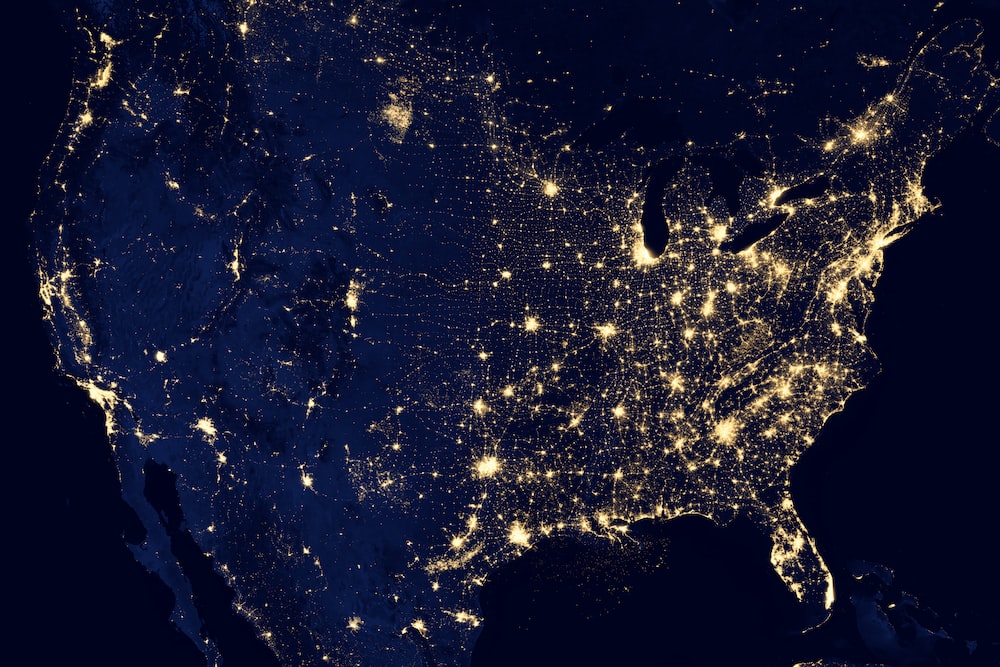 If a space alien were to land and ask what could be studied to understand the current culture of the United States, among other things I'd recommend reading three novels by Tom Wolfe:
[And to avoid the terrible film that was made of the first book.]

[Photo by NASA at Unsplash]
Posted by Michael Wade at 4:30 AM

It's been a good long while since I've read Wolfe, I'll have to check out your list. Thanks.

As long as you're delving into Wolfe, you might consider backing up even further into the 1970s for "Radical Chic & Mau-Mauing the Flak Catchers" which last I checked remains online; see External References at this URL.
https://en.wikipedia.org/wiki/Radical_Chic_%26_Mau-Mauing_the_Flak_Catchers

For some reason, the Kurt Vonnegut book "Galapagos" comes to mind as well, particularly in regards to:
> Trout maintains that all the sorrows of humankind were caused by "the only true villain in my story: the oversized human brain".
I got a chuckle out of the sections of the book saying the human brain lied to humans.
https://en.wikipedia.org/wiki/Gal%C3%A1pagos_(novel)

If seem to recall the general IQ trends worldwide are headed that way, although I don't have a reference handy.

I was a bit surprised to hear these statistics from Dr. Jordan Peterson's youtube video:
Jordan Peterson - IQ and The Job Market
Psychology Professor Dr. Jordan B. Peterson explains why IQ is a good predictor of success in the job market. The more complex the occupation, the higher the requirement of cognitive abilities. By ignoring this reality we do a big disservice to those who don't have the requirements even for simple jobs and get left behind. Both the conservative response 'They should work harder!' or the liberal view 'Everyone has the same potential!' are wrong and are ignoring the hard facts of intelligence.
05:05 "Jobs for people with IQs less than 85 are very, very rare. ... It's 15% of the population.
06:00 It's illegal to induct anyone into the US Army with an IQ less than 83. It's about 10% of the population.
http://www.youtube.com/watch?v=fjs2gPa5sD0 10:41

THE SMART FRACTION THEORY OF IQ AND THE WEALTH OF NATIONS
http://www.lagriffedulion.f2s.com/sft.htm

Singapore is an IQ shredder, Spandrell has pointed out. How does an IQ Shredder work?
The basic machinery is not difficult to describe, once its profound socio-historical irony is appreciated. The model IQ Shredder is a high-performance capitalistic polity, with a strong neoreactionary bias.
http://www.isegoria.net/2014/07/iq-shredders/

It's all troubling material, on several levels.

Thanks for the book references. I have a cherished copy of "Radical Chic." It's one of my favorites books.

I will check out the other sources you mentioned.

Am currently re-reading "A Man inf Full." It was Wolfe's big jump into Stoicism. Very good.

Thanks, Michael. I'll start with "A Man in Full" as I don't recall reading it. I've recently enjoyed some of the more famous historical Stoic works, so it's a good fit.

I understand how you feel about RS. A Vonnegut fan recommended it to me long ago and it took me many years to finally find it. There's something special about holding a good, old book in your hands to read. Even the simple act of setting the book down to ponder is different than reading it on a screen.

Oops, make that RC, not RS. My eyes aren't what they used to be.

I recently finished reading "The Protocols From The Learned Elders Of Zion" as an example of planned power. I hold no position as to whether there even *are* Learned Elders of Zion, or whether this is/was their plan. It holds several valid criticism of American deficiencies, although sadly the version I read has been edited (without an indication as to where such has happened) by someone after the purported creation date. Such are the challenges of getting a document for free off the web.

The "Protocols" are best regarded as a fake document cooked up by an antisemitic government to discredit Jews. I wouldn't rely on anything in it.

I agree, Michael. The work's provenance and authenticity is disputed in everything I've read of it and even even in the introduction to the version I read. My interest was more in the plan itself than the work's attribution. I viewed it as fiction.

I understand that Egyptian television was broadcasting it as fact several years ago.

It's amazing what can be found on the Internet.