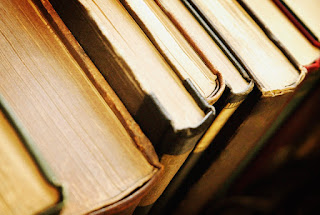 The Short Stories of Ernest Hemingway. IMO: Hemingway's short stories are often better than his novels. [It's hard to beat the memoir of his early days in Paris: A Moveable Feast.]

Future Crimes by Marc Goodman. A security expert looks at what can be done with our technology. Damned scary.

Maverick: A Biography of Thomas Sowell by Jason L. Riley. I'm getting this one for myself.

Reclaiming Conversation: The Power of Talk in a Digital Age by Sherry Turkle. One of the best books I've read in a long time.

Tai-Pan and Shogun by James Clavell. Your father's probably read them but he should read them again.

Love in the Time of Cholera by Gabriel Garcia Marquez. Beautifully plotted and beautifully written.

The Teammates by David Halberstam. Ted Williams is dying and some of his old teammates head to Florida for a final visit.

The Fall of France: The Nazi Invasion of 1940 by Julian Jackson. Much of what you've heard about that fall wasn't true.

The Killer Angels by Michael Shaara. The Battle of Gettysburg had a distinct characteristic: the opposing generals knew one another. A classic.

The Wonderful Country by Tom Lea. An upscale western with a sharp eye on the border.

The Bonfire of the Vanities by Tom Wolfe. A novel that tells more about our time than the newspapers.

The Fortunes of War by Olivia Manning. This contains The Balkan Trilogy and The Levant Trilogy. Two of the best novels about World War II and not a battlefield in sight.