The Old Apples and Oranges Game 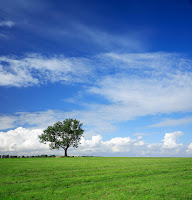 Political bias by mathematics professors is restrained by the nature of the subject. Their colleagues in the liberal arts, however, have far more opportunities to inject their opinions. The situation may look the same on the surface but it is far different in practice.

During the Cold War, when the Soviet Union put more money into their navy, they were withholding it from their army. Their enemies, however, were far more worried about the threat from the Red Army in Europe.

The newcomer to politics is often attacked by the incumbent for having a sizable campaign chest. The usual newcomer, however, is not as well known as the incumbent and has to spend more simply to increase name recognition.

Organizations are often compared to well-oiled machines. They are more accurately compared to farms where certain chores have to be done at certain times in order to harvest a crop and where weather can have a more immediate influence. [You can easily replace a machine part but if you lose a skilled worker you may be harmed for years.]

The apples and oranges game is popular. Always look for important differences.