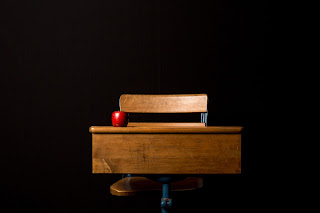 Photo by JJ Thompson at Unsplash

While discussing a personnel issue with a public sector executive the other day, an old battle came to mind. It involved the difficulty of placing too much faith in exams.

Back in the 1980s, when I was working on discrimination issues in city government, some federal "revenue sharing" monitors were upset because the city resisted interviewing people in the strict order of their scores on the hiring list. The personnel director and I were reluctant to place that much faith in the initial testing and screening process. We knew that doing so would make the city vulnerable to litigation challenging its exams and our sense was that the initial screening was not accurate enough to draw a fine distinction between someone scoring a 99 and someone who scored an 89 or even an 81. Our position was that the initial screening and testing determined who was "in the ballpark" in terms of their ability to do the job. We preferred to let the departments interview people from any place on the eligible list. They could sort out the best candidates when they conducted job interviews although we also kept a close eye on any departments that had a sketchy history when it came to hiring women and minorities; indeed, on some jobs we required them to review their proposed selections with us before making a job offer. [It was no coincidence, I believe, that our city was the only major American city that was not under a court order due to discrimination.]

One example that we cited was an administrative assistant who scored in the 80s but who was hired by the Engineering Department due to the fact that, unlike other people on the eligible list, the person had previously worked with an engineering firm and was more familiar with the specific profession and various functions. In that instance, we had no doubt that the best qualified person had been hired.

It took several meetings with the federal people before they decided to leave us alone. I never lost any sleep over the city's policy which, at that time, was unique. We were, I believe, rightly suspicious of placing too much weight on one part of the process. We'd seen people with perfect scores in the initial screening stage who lacked common sense and people skills. We'd also seen lower-scoring individuals who turned out to be outstanding.

We periodically went through job descriptions and requirements and delved into the rationale for various standards that seemed to be questionable. If a department required five years of experience, we'd ask for an explanation as to how that magic number was determined. Why not six years? Why not three or four? It was not unusual to discover that the number had a less than impressive (or unknown) origin and basis. Each time the requirements could be made more realistic was a small victory for us but it was not a small victory for the applicants who would have been victimized by an irrational system.

Any system needs to be carefully watched. The people who are most likely to be zinged by its flaws are seldom in the room to speak up for themselves.
Posted by Michael Wade at 4:30 AM