Away But Not Quite Away 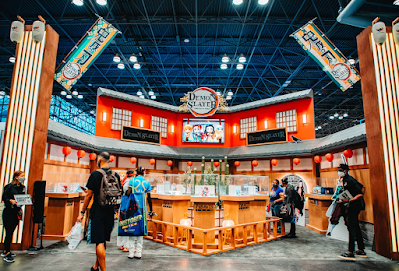 I wasn't at the above convention.

The times that are in-between meetings and projects can be invaluable when it comes to discovering fresh approaches. Recently, through a combination of things, I wound up having to handle an organization's exhibit booth at a large convention. I have not done anything of that nature in years (lucky me) and I quickly encountered the usual array of bureaucratic rules. Rather than be bothered, I decided to use the time in-between the rush of crowds as a chance to make notes on how the booth could be designed in the future.

It was very helpful. I doubt if several thoughts would have emerged if I were not making observations so close to the moment. It may have been the productive equivalent of taking a walk or a shower.

And we all know how productive those can be.

[Photo by Branden Skeli at Unsplash.]