Decline of the Toy 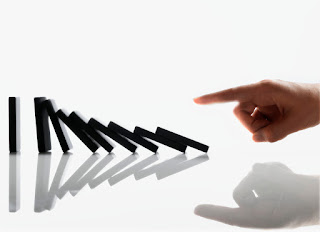 Anderson Layman's Blog on the fall of Toys 'R' Us.

Very interesting and troubling.
Posted by Michael Wade at 11:39 AM

I have 3 youngish kids who don't really play with toys either. Troubling, but on the other hand the worlds they all create in open sources games such as Minecraft are far more awesome than anything I imagined or was able to execute with lego or tinkertoys. The world continues to change and I grow philosophical as it does.

I know there are some great things out there. The only thing I wonder about is the extent to which the process resembles seeing a movie versus reading a book. Even with the greatest films, the viewer is seeing the characters as cast by the director whereas with a book the reader becomes, in essence, the casting director. Far more is left to the imagination.

There may not be a better or worse division here, just differences. Just as films have not pushed out books, I hope that the new forms of entertainment don't push out toys.

For many video games I agree with you, but the ones my kids gravitate towards are open ended, allowing you to do anything you want rather than what the programmer wants you to do. If you haven't seen Minecraft it's rather amazing. My son built castles, fortresses, tree houses, boats, and amazing stuff because he wanted to do that rather than play a game with strictly defined rules. The game sets up a basic structure that people can use to create any game or whatever they want to.

It sounds as if Minecraft is a great blend of the old and the new.

Thanks for the tip. I will play in the guise of "research."