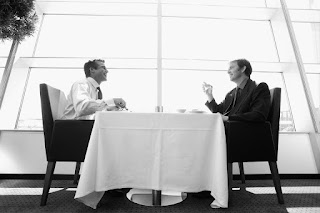 In my experience, when organizations make personnel decisions at the highest levels, they often prefer the Lord Halifax-types over the Winston Churchills and the George McClellan-types over the U.S. Grants.
Posted by Michael Wade at 4:00 AM

Amen to that. I'm deep into Grant right now and I'm struck by the fact the union army didn't want Grant either. McClellan and Halleck did all they could to sabotage him, including authorizing his arrest, sending him 20 miles from the enemy alone with strict orders not to engage the enemy (leading directly to Shiloh where any other general would have lost and that would have been the end of his career), and spreading unbiased rumors about him drinking. Only his success and the support of Lincoln, another overlooked selfmade man, saved him and the Union.

Grant is one of my heroes. I have a picture of him on the wall in my office.

I'm sure I've mentioned this before on the blog but in 1861 Confederate lieutenant general Richard Ewell wrote: "There is one West Pointer, I think in Missouri, little known, and whom I hope the northern people will not find out. I mean Sam Grant. I knew him in the Academy and in Mexico. I should fear him more than any of their officers I have yet heard of."

Michael, I've read multiple biographies of the man, currently I'm working on the Ronald c White biography "American Ulysses" which I have to say is my favorite to date. It's interesting to see the same familiar characters associated with Grant's life story from different perspectives. Highly recommended if you haven't read it before.

Thanks for the tip.

I will pick that up this week.