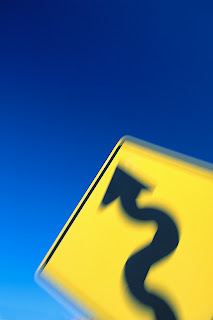 The Honda Element goes back to the shop for the third time so they can sort out why the air conditioning is erratic. I'm going to wait while they muse over the cause and so am packing up a stack of work and reading material. The good news is that the television in the waiting room of this repair shop is never on and no one ever turns it on; a practice which I attribute to the good judgment of the customers.

So I'll have time to think about the marketing of some coaching services and the revision of a couple of workshops. The marketing part is trickiest. There is an element of risk that surrounds some training decisions. The client has to balance the savings of not training today versus the cost that may (operative word) be incurred if the lack of training eventually produces substandard management or even a lawsuit. Litigation can make the training costs look minuscule and yet I understand the reluctance. All of us juggle risks and it is only later that the answer seems obvious.

My thinking will be along these lines: If a training workshop prevents one participant from screwing up big time, then the client has come out far ahead. If the client knows the individual who is likely to trigger that problem, even more money can be saved by getting some coaching for that person.

What complicates matters, of course, is that people are not static. The manager who is squared away today with regard to Problem A may be seriously challenged next month by Problem B. That is where workshops surpass coaching because they fortify the skills of the "already pretty good" as well as the weak. Everyone gets a booster shot.

Whether it's coaching or training, however, my biggest competitor is one of the toughest in the world: Inertia.

That is the barrier I really need to overcome.
Posted by Michael Wade at 6:56 AM

In terms of the massive potential of one person's screw-up to cripple a company, the mindset of "if it just helps one person..." is dead-on.

That's a tough thing to balance against the typical mindset of "If it just helps one person, it's probably a massive waste of resources."

It seems to me that you're selling an insurance policy, like accidental death and dismemberment. Most people don't seek out an AD&D policy, but they think it's pretty awesome when it's added value to something else they're already stuck buying. So what could you sell instead that makes the screw-up protection a great added value?

And as a side note, we love our 2004 Honda Element. Bummer that Honda discontinued the model because I would totally buy another one.

My experience with the Honda Element is mixed. I was, however, surprised that they discontinued production because it has been a popular model. My Honda repair guy thinks they'll bring it back in a few years.